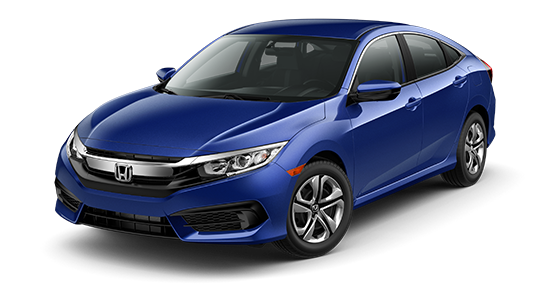 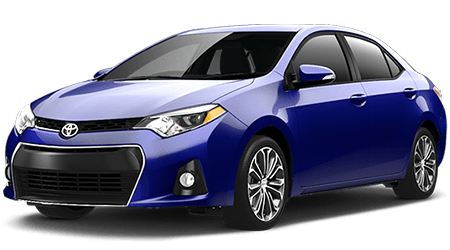 Compact sedans continue to be a popular choice for all types of American drivers, thanks to their affordable prices, fuel efficiency, and continually improving refinement and list of features. Honda's long-running compact sedan, the Civic, consistently ranks as one of the one of the most popular vehicles in America, and the all- Honda Civic is the most exciting, stylish, and well-appointed version in years. As Mississippi's first ever Honda dealership, Paul Moak Honda is proud to have served the communities surrounding Jackson, MS for over 45 years. We invite local drivers to our showroom to test drive and experience the stunning and completely redesigned 2016 Civic.

Let's see how the all- Honda Civic compares to one of its classic rivals, the Toyota Corolla.

A major selling point of compact cars is their superb fuel economy. While both the 2016 Honda Civic and Toyota Corolla are fuel-efficient options, the Civic takes the cake. With its updated 2.0-liter engine, mated to a CVT (continuously variable transmission), the 2016 Civic returns up to an EPA-estimated 31 city/41 highway mpg*. The Corolla's smaller engine, also connected to a CVT, only achieves 29 city and 38 highway mpg. In combined city/highway driving, the 2016 Civic gets an average of 3 mpg better than its rival from Toyota!

The design of the all- Honda Civic has been celebrated by automotive journalists and consumers alike. In fact, many have called it the most exciting Civic design in decades. Its interior has also received a complete redesign, including increased passenger and cargo volume, and the latest convenience, safety, and technology features that Honda offers. The current Toyota Corolla model has been on the market for a few years already, and it already looks quite long in the tooth. If you prefer a sportier look, you will love that Honda also offers the Civic in a 2-door coupe body style, whereas the Corolla is offered only as a sedan.

When you are ready to experience the excitement of the all- Honda Civic for yourself, visit Paul Moak Honda, located at 802 Harding Street in Jackson, MS.